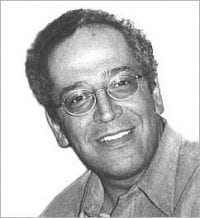 Based on the observed efficacy of Cellfood in clinical application at NuLife Sciences over a fifteen (15) year period, the following compilation of research results utilizing darkfield and brightfield microscopy has been compiled.

The purpose of this talk is to elucidate the efficacy of using Cellfood as a terrain balancer, oxygenator and hydrogen ion donor. The effects of terrain therapy— especially the balancing effect of re-mineralization on the hormonal, enzymatic, digestive, structural and eliminative systems of the overall physiology— have been verified over and over again in the darkfield and brightfield blood studies conducted at NuLife Sciences.

I propose this question: Since minerals are just colloidal metals, and those metals are the all-important ‘electrical wiring’—or physiological communication— of the entire body, how can the human body function optimally if the minerals are deficient? It is like trying to power a 300 watt halogen light with a micro-thin wire that also has numerous breaks in it! In other words, it is not a viable proposition.

This de-mineralization is without a doubt the number one physiological factor for the incredible amount of disease experienced by Westernized Man. Because this is a nutritional factor rather than primarily an environmental factor, there is a lot that we can do about this de-mineralization factor— namely, get mineralized! Cellfood is a most efficacious means of accomplishing this due to its excellent balance of 78 minerals in colloidal form.

The therapeutic effects of Cellfood are:

Optimal mineralization is the bedrock, the foundation that all other systems of the body are built on. Simply stated, without proper mineralization, none of the physiological (or even emotional, and mental) systems of the body function properly. This factor cannot be overemphasized. Therefore imbalanced pH and the accompanying de-mineralization are the most primary physiological causes of illness and among the main targets of terrain-based therapies. I will now explain the syndrome that accompanies this type of terrain imbalance.

Due to the acidifying and toxifying effects of the common Western diet (malnutrition from less than optimal food sources and poor eating habits), poor elimination, pandemic fungal, viral and bacterial infections (including mycoplasmas and other biological warfare technologies), stress, ELF/EMF and nuclear radiations and environmental chemical toxins, minerals are lost from the system at a rate that far surpasses the amount of minerals that are being consumed and assimilated in the diet. Again, this is due to the Westernized diet and the continual and ongoing degradation of the conventional food sources through chemical fertilizer, herbicide, pesticide, hormone, antibiotic applications. We must also take into account the effects of fractionation of nutrients (removal of some of the plant’s vital components in order to produce concentrates for other uses, such as animal feeds, etc.), irradiation, genetic alterations, preservatives, food dyes and coloring agents, “enrichment” from chemically produced vitamin sources, and other numerous additives and preservation techniques.

The overall effect of demineralization, decreased assimilation and poor elimination is poor health, which is characterized in one way by increased resistivity at the electrical level. A telling example of “resistivity” is the fact that an electrode which is running standard 110 current (U.S.) placed in tap water will not light a light-bulb that has the metal end placed in the water. There is too much resistivity in the water itself, which is an insulator. The addition of a small amount of Cellfood to the water will cause the bulb to light up immediately, which is an example of “conductivity”. This factor is what makes “ElectroCulture” techniques and therapies (as they are known, due to the increase of potential electrical conductivity) so rejuvenative and necessary. Therapies that assist in regenerating the body by assisting in establishing the proper and necessary electrical conductivity are therefore often crucial and certainly appropriate. Conductivity is as essential to the body, and to the soil and to all living biological systems, as is the wiring in your domicile is to running lights and appliances. Soil must hold a charge, and the body must also.

The energy can come to the house, but if it cannot be distributed throughout the house there is a huge problem. Such is the role of minerals in the human physiological system. In short, they are the wiring of the body. The electrical energy is stored in the brain and solar plexus, as in a battery which is constantly being recharged through the process of breathing, which circulates energy throughout the system. A complex of chemical reactions are analogous to the communication of the energy throughout the system. The impulses travel along the nerve pathways as information and force, informing the body’s functions.

Consider this: living without electrical conductivity in the body is the same as living in the dark in your home with no refrigeration, phone, heat, etc. Simply stated, if you are mineral deficient, you will experience a potential myriad of unpleasant symptoms, which will eventually lead to degenerative disease. This syndrome occurs in a cascade effect. When minerals are deficient, the enzymatic systems are dysfunctional and therefore the hormone systems are stressed and imbalanced, and on and on.

To illustrate my point regarding mineralization in biological systems, let me reference the culture of the Vilcambambas who are native to Peru. The Vilcambambas live in an idyllic environment which is situated between two mountain ranges (and therefore in an isolated valley) high in the Andes, in virtual isolation from the rest of the world. They have by far one of the longest life spans of any culture on Earth. Commonly the women bear children into their nineties and propagation occurs well beyond 100 years of age for men. The air is primarily pure and the soil and water have been proven upon testing to have the ideal mineral balance. This includes the plants and animals that are consumed as food. These people do not die of disease and generally just pass away due to accidents, or wear their bodies out and just die in their sleep.

This illustration provokes the question: “In our highly mechanized society, with worldwide pollution from radiations and chemicals which are mounting at a staggering rate, and with the steady decline in the mineral content in commercially produced foods, how can one maintain the proper internal terrain?”

The biological terrain is something that we can have control over. We must just take the necessary steps to “cocoon” ourselves from the negative environmental factors through a number of means, one of which is proper supplementation, along with the optimal diet. This possibility is what makes Cellfood such a compelling proposition, due to its ability to “rewire” the body while donating nascent oxygen and hydrogen for burning and building purposes. Hydrogen has been discovered to be a rich source of electrons. The body must produce ATP at a tremendous rate in order to fuel the mitocho- ndrial furnace in the cell and hydrogen is likely the key element in this process.

Ev Story, the inventor of Cellfood described the agricultural application of his invention with the term “electro-culture”. This description goes hand-inhand with the present day understanding of the biological terrain. The parallel concept is that a system that is devoid of minerals does not conduct electricity and therefore also does not conduct or store the “chi”, or life force of Oriental Medicine.

The definition of the term ‘colloidal’ is: ‘Any particle that will remain suspended in solution”. Colloidal solutions tend to lower the surface tension of H20, thereby making the water that they are combined with “wetter”. Our observation is that colloidal solutions such as Cellfood are capable of increasing hydration in the human physiology at a scale greater than water that has not been processed with Cellfood.

I will not go into the chemistries by which Cellfood operates in any depth here due to the fact that there exists presently sufficient background information to substantiate the efficacy of Cellfood. I would like to mention, though, that Cellfood splits the water molecule into singlet molecules of nascent hydrogen and oxygen, thereby making them highly available to build, purify and power the body. The oxygenation results in proper ATP/GTP production which in turn fuels the mitochondrial furnace in the cells, creating cellular energy through the most optimal processes.

Nobel Prize Winner Otto Warburg explored diseases of suffocation of the cell. When the cell receives under 40% of its natural oxygen requirement, it either must mutate or die. Since ATP-GTP production in mammals is primarily synthesized from O2, when the availability of oxygen is diminished in the overall system or subsystems of the physiology, glucose becomes a source of ATP, although a very weak one. The chromosomes then become altered in a way that will produce a more vegetative type of cell and the pathways within the cells that bring in fuel (oxygen) and remove waste (carbon) are reversed, thereby blocking their functions. This syndrome leads eventually to overwhelming parasitism by these aberrant cells. This process in its many stages and the numerous factors that produce the syndrome may be observed by Live Blood Analysis.

The reestablishment of mineralization, free-radical reduction, and the effects of freely available nascent oxygen and hydrogen ions— all provided by Cellfood— correct the terrain imbalances and serve the overall reestablishment of the proper and optimum physiological environment in mammals.

Here are some clinical observations regarding Cellfood applications: